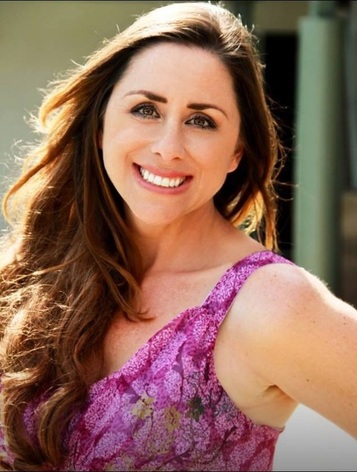 Sascha La Russo holds an Associates in Arts for Music from Palomar College, San Marcos, CA.
Sascha was born in La Crescenta, a suburb of Los Angeles, California.  She is a second-generation Italian.  Her grandfather, Tony La Russo, came to Ellis Island from southern Italy in the 1920’s and settled in Hollywood. He became a world renowned chef and had his own TV show.  Tony was the head chef at the Red Snapper seafood restaurant on La Cienega Boulevard in Los Angeles in the 40's.  There he invented two seafood salads, Crab Louie and Shrimp Shirley.  Most importantly however is that Tony also had an untrained operatic voice. He was an operatic tenor and often sang along to records of all the greats!
​
At the age of three, Sascha sang to herself around the house and loved listening to music.  A friend of the family once said, “Sascha doesn’t know it yet, but when she grows up, she is going to be and opera singer” ! She recalls alway feeling that she was born to sing deep inside her heart bit didn't know how it would ever happen. After a rough patch of life events at age 19 Sascha's mother took her to see Puccini's Turandot for a special gift. At this performance, her very first experience with opera Sascha was touched to her core. She felt the intense passion of emotions in the music running through her veins. She was laughing, crying, hot, cold and had goose bumps everywhere. At this moment she thought to herself, "yes I can sing like that"! Yes I want to sing on the stage singing and share my voice with the world. This intoxicating musical performance by Giacomo Puccini made her know that opera was her true destiny! Sascha started formal training soon after this experience and attended college as a vocal performance major. She also started private lessons with a wonderful teacher in Carlsbad, named Tricia Strauss.  Miss Strauss, as she was called, schooled Sascha for eight wonderful years, teaching her everything from breath-support to foriegn languages  and acting. Sascha still takes vocal coaching when learning a new role or preparing for an audition. She loves working with a lovely coach named Georgetta Psaros and often coaches with famous conductors and producers.

In 2002 she was accepted in the San Diego Opera Chorus and sings with this opera company regularly.  In 2007, she sang her first lead in The Sound of Music at the Ramona Bowl Amphitheater as Mother Abbess.  She has since sung leading roles all over Southern California and operas and musicals abroad. Sascha is always singing somewhere and loves to share her gift with people, she dedicates her life to her art form!
Italian Opera Singer, Vocal Coach & Piano Teacher, Wedding Singer, classical singer for hire.